Winning. That's all the Atlanta Dream were looking to do after their nine-point loss to the Minnesota Lynx on Tuesday. They've now lost five straight and want to add the W to their final score column. After an impressive push in the third quarter during which Atlanta outscored Minnesota 21-17, the Lynx held no mercy in the final period. The two-point deficit the Dream faced going into the fourth dissipated. The Dream did not let up but Minnesota became too much behind second shot attempts and putting Atlanta in foul trouble. Minnesota left McCammish Pavilion with their third win (81-72) over Atlanta in two weeks. Center Elizabeth Williams finished with 16 points and 11 rebounds for the Dream while center Sylvia Fowles had 27 points and 13 rebounds for Minnesota. The Atlanta Dream will play the New York Liberty on Friday, August 11 at 7:30pm.

The Atlanta Dream headed into Sunday's July 2nd match-up not only looking for revenge for their 76-61 loss against the Liberty in New York, but also to snap a three-game losing streak. Coming off of a Friday loss to the Los Angeles Sparks, Atlanta faced a hungry New York team who had just dropped a game to the Washington Mystics. While the Dream had control of the game from the first quarter, New York predictably fought back in the fourth quarter behind guard Sugar Rogers' barrage of three-pointers. The push would not be enough as Dream's rookie guard Brittney Sykes had an impressive game with a near double-double of 19 points and nine rebounds, as guard Layshia Clarendon dished some nine assists (including a direct cutting pass to center Elizabeth Williams in the paint) and scored 15 points.

Atlanta is currently tenth in standings with a 6-7 record. They travel to Dallas for a Wednesday, July 5, 8pm ET match-up. 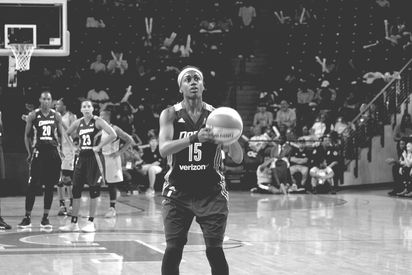 The Los Angeles Sparks came into town for their first of three regular season match-ups against the Atlanta Dream as Atlanta hosted the defending champs Saturday, May 27. The Dream did not hold back as they opened the game with an 8-0 run as guard Layshia Clarendon scored six points, but Los Angeles weathered the storm behind center Nneka Ogwumike’s seven points and ended the first quarter down two points.

Atlanta struggled to score in the second quarter as the Sparks’ forward Candace Parker blocked three shots stepping up overall defense for LA. The Sparks outscored the Dream 14-9 and ended the first half with a three-point lead.

The third quarter was a defensive showcase for Atlanta. They forced three shot clock violations. LA shot 2/11 from the field while scoring most of their 12 points at the line during the quarter. The Dream, however, scored 22 points. Atlanta also had four blocks in the quarter, heading into the final period with a seven-point lead.

The fourth quarter proved to be a battle with the Sparks going on an 11-2 run to start before Atlanta took a timeout to regroup. After the timeout, Atlanta and LA went head-to-head in scoring and tied it up at 67-all with 2:30 left in the game. Between guard Tiffany Hayes and Layshia Clarendon, the Dream would pull out the 75-73 win over the Sparks. Hayes finished with a season-high 24 points while Clarendon dished 12 assists. The Sparks’ guard Chelsea Gray had a game-high 25 points. 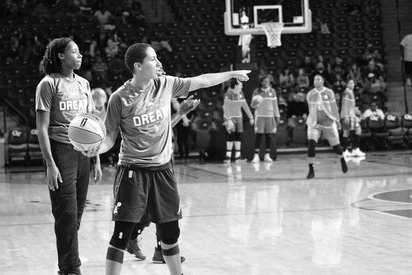 The Atlanta Dream beat the Chicago Sky 91-83 in Chicago's home opener on Friday only to have The Sky come into Atlanta and return the favor. Chicago ousted Atlanta in a game-biting ending, 75-71. The Dream started off hot, ending the first quarter with a 10-point lead behind guard Tiffany Hayes' aggressive play and ability to get to the line, scoring eight points. Atlanta led by as many as 12 points until Chicago flipped the switch behind guard Cappie Pondexter who initiated the 8-2 run after securing an offensive rebound off of her missed layup that would bring The Sky within four. Pondexter scored or assisted on five of the six of Chicago's made field goals in the second quarter where they held The Dream to only eight points.
The barrage of scoring continued as Chicago outscored Atlanta 28-18 in the third quarter where guard Tamera Young put up 11 points after going scoreless in the first half. Young also secured two steals. The Sky ended the quarter with a four-point lead but The Dream would not go down without a fight. As Atlanta continued to get close, there was one consistent who continued to stay hot, forward Stefanie Dolson. 10/13 from the field, Dolson banked in a jumper to push Chicago's lead to four but guard Layshia Clarendon responded with a layup. The Dream were down nine with under a minute left in the game when Hayes knocked down a three followed by a Clarendon three. It would not be enough as Atlanta failed to hit a three in the final seconds and Chicago came out victorious 75-71. Hayes and Clarendon finished with 17 points each, Clarendon dished nine assists for the Dream. Chicago's Dolson led all scorers with 23 points while Pondexter finished with a double-double of 20 points and 11 assists. Dream Head Coach Michael Cooper attributed much of the loss to "mental fatigue" adding, "For us...it's always hard to beat a team back-to-back in less than 72 hours." Although he did not want to say it's an excuse, Cooper admitted the team must find a way to overcome the struggle that comes with playing the same team back-to-back. Atlanta's next contest is Saturday, May 27 at 6pm ET against the Los Angeles Sparks at home. 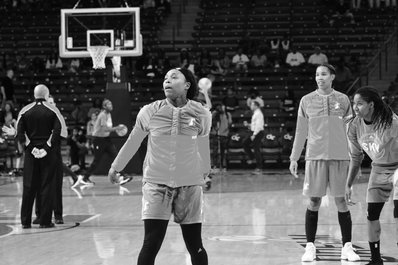