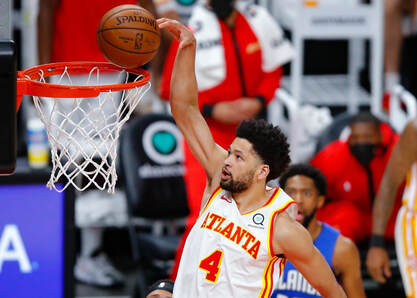 Photo provided by Skylar
​As the Atlanta Hawks progressed throughout the season, they steadily preached how everyone on the team had to "stay ready." Rookie Skylar Mays understands that, with such a deep roster, there has always been a chance he wouldn't see much, if any, playoff time but that doesn't stop the 23 year-old Louisiana native from taking it all in and being prepared for if and when the time arrives. He's actually played in six playoff games, hitting the floor in at least one game per series. The playoff experience doesn't start and stop on the court for Skylar, observing the veterans on the team provides valuable insight. "The vets, they don't talk about it. They show you what consistent work ethic looks like, they show you what staying ready looks like so it's great to be in that environment."

What has been the toughest part for Skylar about making the adjustment from college to the pros? The travel. "Finding a regimen that works for you because everybody, everybody has their own individual regimen." Add onto that the condensed season due to the pandemic and it has been quite a time to be introduced to the life of professional basketball. Skylar is a two-way player who has spent no time with the College Park Skyhawks because their season was suspended due to the pandemic.

Skylar's goals for basketball are straight forward, he wants to keep learning and improving while also making his way into the rotation. The experience a rookie gets from a team making this deep of a run in the playoffs is invaluable. Every day is an opportunity to learn and grow, not only from his older teammates but also from those who have the one-two years in the league. Surrounded by experienced players, Skylar continues to get advice from all over and praises his teammates for their willingness to teach. Tony Snell in particular has been impactful during this first year, "If I had to put it on one person that I really follow and really try to learn from as far as being a professional, I'd say Tony is definitely the guy."

Off the court, his goals include growing in his faith and helping others. "But, you know, as I get more established, I want to get into some opportunities to give back to my hometown, expand from there."
As one of eight children, Skylar is no stranger to team bonding, especially since all of his siblings are relatively close in age. The oldest is 27 and the youngest is 16. "I talk to them every day. I talk to everybody every day. We're a real close knit group because we're so close in age that we all grew up together." His family made the trip to check out the team in person during this playoff run.

This Hawks team is special and Skylar enjoys being a part of it.

A lot of the guys lead by example more so and I think the work ethic of our team is just something that, you know, I'm glad that I get to see and understand what it looks like to be consistent in your work...Bogi (Bogdan Bogdanović) exemplifies that, Tony exemplifies that, Trae (Young), everyone pretty much down the line. We just got a real blue collar team. I think that's what knowing what a good day of work looks like in the NBA is different from a good day of work in college. So going back to that transition and getting to see that and learn from these guys. And be hands on with it has been a blessing for sure. 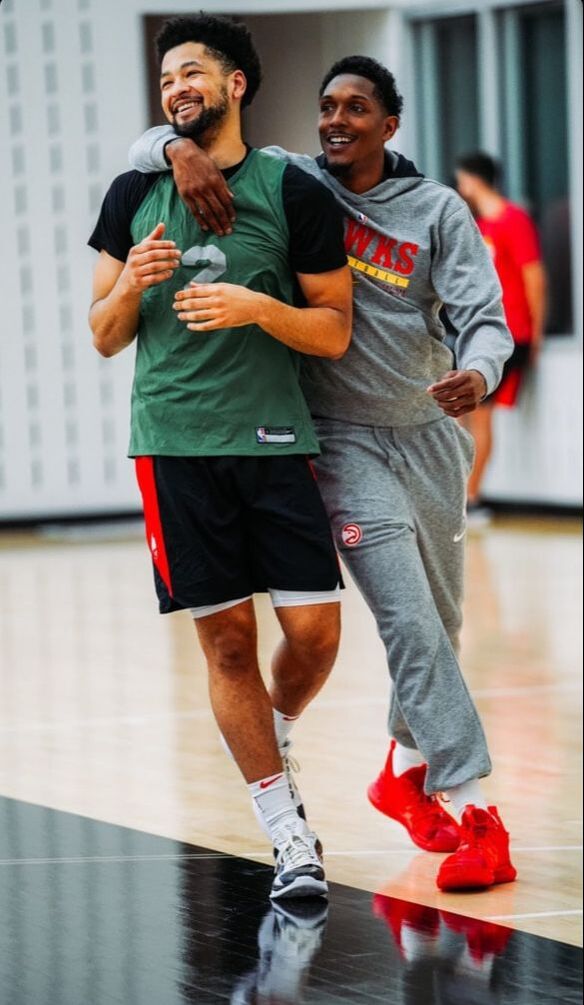