An Update With Dewayne Dedmon 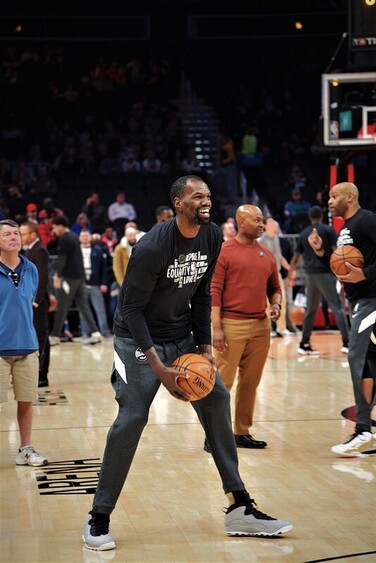 The Hawks played their last game against the Knicks on March 11th in what would be a whirlwind of an overtime battle.  Prior to the game, in true Dewayne Dedmon fashion, he held an industrial-sized bottle of hand sanitizer that he offered to teammates. The news of COVID-19 hitting the league slowly spread amongst the staff, fans and players. It would be an unforgettable night for many reasons.

When Dewayne returned to the Hawks in February, it was almost like he never left. The center was reinserted into the lineup and instantly became another veteran voice for the young squad. During the home game against the Dallas Mavericks in late February, a game in which Cam Reddish scored 20 points, Dewayne had a message that stuck with the rookie. Cam recalled, "He yelled at me today and was like 'loosen up, it's just basketball. Just play. Have fun with it.' So I mean, obviously he's been here a lot, pretty often. So, I'm just trying to take everything I can from all the vets here.”

Just as the young guys look towards Dewayne, there has been at least one teammate Dewayne has looked up to, Vince Carter. Dewayne recalled watching Vince "dunking over people" when he was younger. To be able to go from watching a player like that to being on the same team as him "has been a dope experience" for the Hawks’ big man.

Although Dewayne didn't want to talk like the NBA season is over, he had this to say about playing with Vince: "To be able to lace them up with him was very cool, and how humble he is was surprising to me. But this was definitely a blessing to meet and play with him."

​In his postgame following the Knicks game, Coach Lloyd Pierce told the media that he had discussed with the team about the possibilities of playing with no fans and he said, "Dewayne, who's been the biggest teaser of Vince, he's counting down every single game right as we play one. As soon as I said it, he said, 'You know this is Vince's last time playing in front of fans.'"

Dewayne wanted to be sure everyone was aware of the importance of such a moment regarding Vince: "He had 15 games left in the season so I hope we get a chance to see him one last time to finish the season. But if not, number 15 ended his HOF career with 15 games left...that’s kinda ironic."

Like many others, the Hawks' center knows the impact the spread of COVID-19 is having everywhere. “Everyday is family time.” While his son naps, Dewayne plays video games and watches television. His family goes on walks, and he continues to work out as much as possible. His hope for everyone is to "stay safe" and "practice social distancing and we can get past this together." 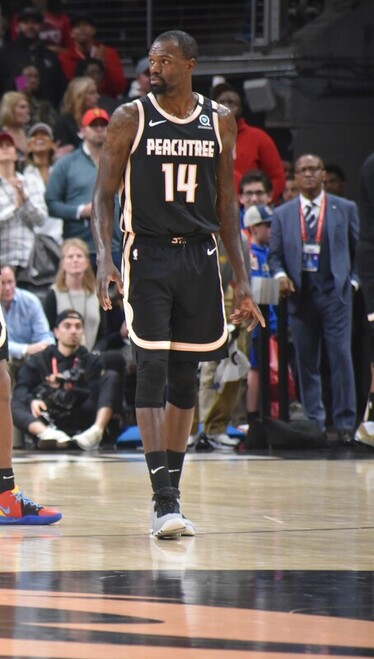