You know and love them as the guys who bring you the games on television. We have withdrawals of their telecast in the offseason. That’s right, we’re talking about Team SportSouth. Get to know the guys better here!

Hawks fans know that there's no broadcast duo quite like Bob and 'Nique. For some hilarious quotes from their broadcasts, check out our What Did He Say? page! 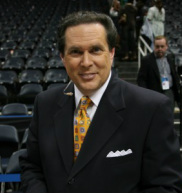 In middle school, most of us were having sleepovers and trying to be popular but not Bob Rathbun. Instead, he was beginning his broadcasting career. At age 12, Bob was asked to broadcast a half inning of an American Legion baseball game. He was given the opportunity to call the seventh inning of the game and it just so happened that he was on the air as left-handed hitting first baseman Joey Brown hit the first and only home run of the season. From that point on, the rest was history. When Bob was the same age as most of us in this room, you would have found him attending Catawba College where he would graduate with a bachelor of arts in speech. Out of college, Bob started his career at a radio station in his hometown of Salisbury, North Carolina ( which is the home of the National Sportscasters and Sports Writers Association)  until he eventually branched out to television. Since then, he has become one of the most respected sports broadcasters in the country.

From 1997 to 2006, Bob Rathbun did play-by-play announcing for Atlanta Braves baseball on Fox Sports Net which we now know as SportSouth. For the past fifteen years, he has been the television voice of the Atlanta Hawks. He also serves as the play-by-play announcer for SEC football games on FSN South and he has covered ACC Basketball for the past 22 seasons on the Raycom regional network.  Bob has won the Sportscaster of the Year award six times in Virginia and he has also won the award in Georgia. In 2004, Bob expanded his work into the realm of motivation, leadership and team building. So not only does he lend his voice to sports but he also lends it to motivating and encouraging others.

Bob was inducted into the Catawba College Sports Hall of Fame in 2006. In 2008, he was named to the Virginia Sports Hall of Fame. He has also won more than five Emmys. Annually, Bob Rathbun broadcasts well over 100 games and events. You might say he was born for broadcasting.

Jacques Dominique Wilkins was born in Paris, France where his father was stationed while with the Air Force. He attended high school in North Carolina and traveled down to the University of Georgia to play college ball in 1972. It was here where he displayed his amazingly acrobatic basketball skills which earned him the nickname “The Human Highlight Film.” Over a collegiate career of three years, he averaged 21.6 points. After his junior year, he declared for the 1982 NBA draft.

‘Nique was selected third overall by the Utah Jazz whom he did not want to play for. He refused to sign with the team and was later traded in September to the Hawks for John Drew, Freeman Williams and cash. He would end up staying with the Hawks for a total of 12 seasons. He played an important role in making/keeping the Hawks prominent during the 1980s when the team recorded four consecutive 50-win seasons during the decade. As Wilkins entered his thirties, he averaged 9 rebounds and 3 assists during the 1990-91 season.

Until his last three seasons, Wilkins never averaged fewer than 20 points per GAME, not season! He captured a scoring title in the 1985-86 season with an average of 30.3 points per game. He is a nine-time NBA All-Star as well as a two-time NBA Slam Dunk Contest winner. He also helped the Dream Team II win a gold medal at the 1994 World Championship of Basketball. In his entire career, he registered 26,998 points and 7,169 rebounds. The list of his accomplishments and contributions to the NBA could go on and on. ‘Nique retired from the game in 1999. His loyalty to the Hawks organization has not wavered. He has been the Vice President of Basketball Operations for the club since 2004. He is also the tv analayst for the Hawks alongside Bob Rathbun. It looks like Dominique Wilkins will be an Atlanta Hawk for life – which is exactly the way it should be. 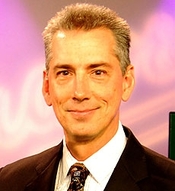 Jerome Jurenovich graduated from Gannon University and went on to begin his career as a weekend sports anchor/reporter for WSEE-TV in Erie, Pennsylvania. A couple years later, he became well known on CNN Headline Sports and then transitioned to the FOX Sports Radio Network in Los Angeles where he co-hosted NFL Sunday.

He helped launch Altitude Sports in the Rocky Mountains and worked as the main television host for the Denver Nuggets and Colorado Avalanche broadcasts. Next, he came to Atlanta to take on the role he currently has with FOX Sports South/SportSouth. He has served as the pre- and post-game host of Hawks LIVE, Braves LIVE, as well as Thrashers LIVE. You may often catch him on the sideline if he is not in the studio. In 2008, Jerome won an Emmy for Outstanding Achievement, On Camera Talent- Sports Anchor. You can always count on Jerome Jurenovich to bring you the latest on what’s going on with your favorite team. 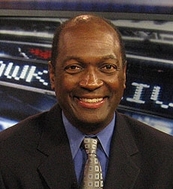 Mike Theodore “Stinger” Glenn was born in Rome, Georgia. He graduated from Coosa High School where he was an all-state standout. He currently holds the school’s point record with over 2,400 for his high school career.  While being ranked as the #1 basketball player in the state, he managed to maintain his status as an honor student. (He had twelve years of perfect attendance!) Stinger graduated from Southern Illinois University in 1977 with a bachelor in mathematics and a minor in computer science.

Stinger was drafted twenty-third overall by the Chicago Bulls in 1977 but was released from the team after breaking his neck in an auto accident during the offseason. He bounced back and started his NBA career later that same year with the Buffalo Braves. The following year he signed with the New York Knicks. While playing for the Knicks he attended St. John’s University and Baruch College, earning his stockholder’s license. From 1981-85, Stinger played for our beloved Atlanta Hawks before ending his career as a Milwaukee Buck. Over the course of his career he averaged 7 points per game and shot 54.2% from the field. He was most known for his smooth midrange jump shot which earned him his nickname.

Since retiring from the NBA, Stinger has worked as a basketball TV analyst, writer, and commissioner of the World Basketball Association. He was also employed by Merrill Lynch as a consultant for the NBA’s pre-pension plan. For more than twenty years, Stinger has hosted a basketball camp for the Hearing-Impaired. His camp is the nation’s first basketball camp for deaf athletes. It is offered every year and is free to everyone. From 1992-95, Stinger was a color commentator for the Hawks on SportSouth and FSN. Now he is the TV analyst for Hawks LIVE alongside Jerome Jurenovich. His contagious laugh and infectious spirit is the perfect complement to the pre-game and post-game coverage of the Hawks. 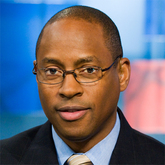 Andre Aldridge has certainly made his rounds around television. From 1994-96, he hosted a nightly national news program for Prime Sports entitled Press Box. He then spent four years at ESPN as an anchor and reporter hosting a variety of shows from NBA 2Night, NBA Matchup, Friday Night Fights. Additionally, he was the studio host for the NBA on ESPN Radio. From 1999-2002, he hosted several sports programs for CNN, such as This Week in the NBA, Sports Tonight, Closer Look, and SI Cover to Cover. He also covered boxing’s biggest title fights, Major League Baseball and Super Bowls for the network.

Once joining NBA TV, he was seen all over the network. He’s hosted GameNight Live’s pregame and postgame shows, NBA TV Daily, This Week in the D-League, and Making the Call with Ronnie Nunn. He also reports live for the NBA Finals, NBA Draft and the NBA All-Star Game.

You can now find Mr. Aldridge court side and inside the locker room on Hawks Live! on SportSouth. He’s the newest member of Team SportSouth but there’s nothing new about his face!