For Kevin Huerter, Basketball Is A Lifestyle 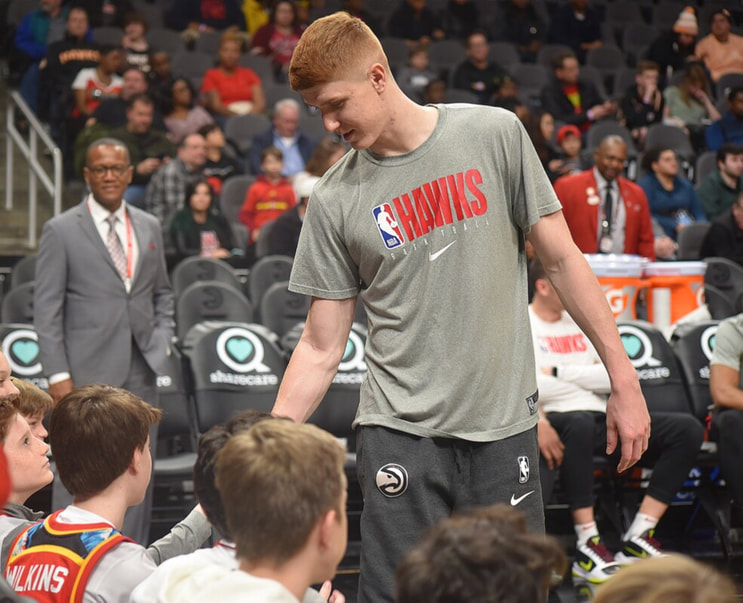 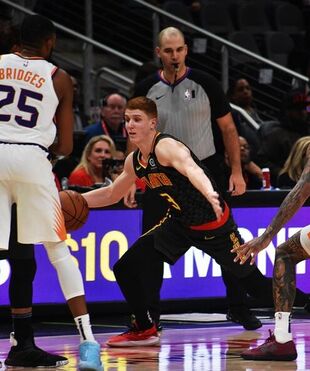 Kevin Huerter possesses a seemingly quiet disposition about himself when he's on the court (and he's pretty laid back off of it as well). His game matches his unassuming demeanor, just when the opposition lets their guard down, Kevin will pull up and shoot a three before the defender is able to get his hand up. Many important stats have improved for the 21 year-old guard, but the significant numbers lie in his on/off court impact. The field goal percentage, total rebounds, assists and blocks all increase for Atlanta when Kevin is on the floor. He shot 44.4% from the field in the month of January, 44.1% from three, while averaging 13.9 points per game. In the seven wins for the Hawks in the month, Kevin scored 12 or more points. In February, Kevin's production did waver after the All-Star break (he shot 41.9% from the field and 39.7% from three) and he recognized that and adjusted his training accordingly. His presence on the court makes a difference. In all but one of the Hawks' six wins in the month of February, Kevin scored double digits.

Kevin's NBA career has not been linear due to various injuries, having undergone surgery to his shooting hand in the summer prior to his rookie year and then a knee pain followed by his left rotator cuff strain to start his second year. "I've never honestly dealt with injuries in my life. I never had a period where I was out for really a couple of months or had one thing that was nagging me for a couple of months so it was tough to be honest. It was a mental grind...So to have that nagging for really like months, from last May all the way up until really November of this year." All of that can take a toll on someone who just turned 21 before his second season started. The support of Hawks' staff, especially one person in particular, is consistently instrumental in Kevin's development.

Kevin continuously mentions Hawks' Special Assistant Nate Babcock's role in working him back to game shape. Since November, he's changed his treatment, his strength and conditioning, and his diet. He credits the Hawks for assisting him with overhauling how he's worked on his body. His transformation is no overnight project, it's one that is ongoing as he continues to learn and assess what is helpful to his career.

Nate Babcock's background is one of nonstop basketball involvement. From his father's coaching days to Nate's own playing and then coaching days, there was no doubt he would be in the basketball world. Nate's responsibilities for Atlanta include a "little bit of everything" like scouting the team's next opponents, administrative and prep work, scheduling and planning, player development and practice planning. Nate also credits the entire Hawks staff for working on getting Kevin back to 100 percent. "It's definitely a group effort. Our performance staff has been really good."

Nate and Kevin have such a solid relationship that their daily interactions oftentimes include conversations about just learning about being a professional basketball player and how it is Kevin's craft and what he's been placed here to do. "He's taking it more seriously, like honing in on little details. Like a guy going from college playing 28 games to playing 82 games." Just in his second year and still getting accustomed to playing after his injury setbacks, Kevin is discovering what works for him in terms of training and recovery. "He's grown so much, along with his nutrition, taking care of his body. All of that, along with the maturity side of being more prepared for every game."

Kevin used to be a self-proclaimed "carboholic" but has now parted ways with gluten. Breaking free from his carboholic ways has been a bit of a challenge for him, "I grew up on the sandwiches and the pasta. That's what my parents would feed me to keep me full."

"It's been tough when you eat out, finding a place with something you can eat on the menu." Kevin doesn't eat seafood, so it's mostly chicken and eggs to go with his other gluten-free choices. As the team was in Dallas, he noted how hard it was to stay diligent when confronted with the temptation of Texas' claim to fame, BBQ. "You're not supposed to have BBQ sauce" (as he said this, one of the trainers overheard him and made a questioning facial expression, "BBQ sauce has gluten in it," Kevin lamented).

But Kevin sees the changes have had a positive impact on how he's feeling, so he's set to stay on top of them and Hawks' assistant coach Nate Babcock, along with the other staff, has been there to assure he doesn't stray. Nate is a pescatarian, so he's diligent about watching what he eats. "I'm pretty tough on Kev. When he comes to the gym, we usually take a shot of wheatgrass in the morning, which he hates. I think, in the long run, doing the little stuff everyday I think helps him a lot." These gradual changes are steps toward the type of athletic guard Kevin can become.

Recognizing the importance of how everything you do can have a negative or positive effect on your body and subsequently how your body performs is something that can easily be overlooked. Nate notices how much Kevin has taken on the onus of treating his body the best he can. "From working with last year to this year, it's not them (performance staff) or us (coaching staff) telling him what to do. He's pursuing all of it which is huge in his growth every single day. He's very diligent about, instead of other people doing it, he's taking care of his body. He's seeking out the right things, he's seeking out treatment. He's looking to get the extra work in."

"Kevin's a deep thinker and a smart kid. He gets very hung up sometimes on individual games, individual shots." Nate assures Kevin that, just because he has a bad game, he can bounce back the following game or even the following week. As Kevin struggled offensively through some games in February, he did just that to end the month, he bounced back scoring 15 and then 19 points, respectively, in the wins over Brooklyn and Portland while shooting over 50% from the field.

Through it all, Kevin says that Coach Lloyd Pierce has not lost confidence in him. Coach told him at the beginning of the year that he could tell Kevin was not 100 percent but assured him that his body was not where it would be in two months and gave him small things he could work on improving. "He's been even keel through everything.. I think he has that reputation of being the calm kind of temperament coach." Kevin is willing to make the necessary changes to improve his game. He possesses the mentality vital to competing in this league. 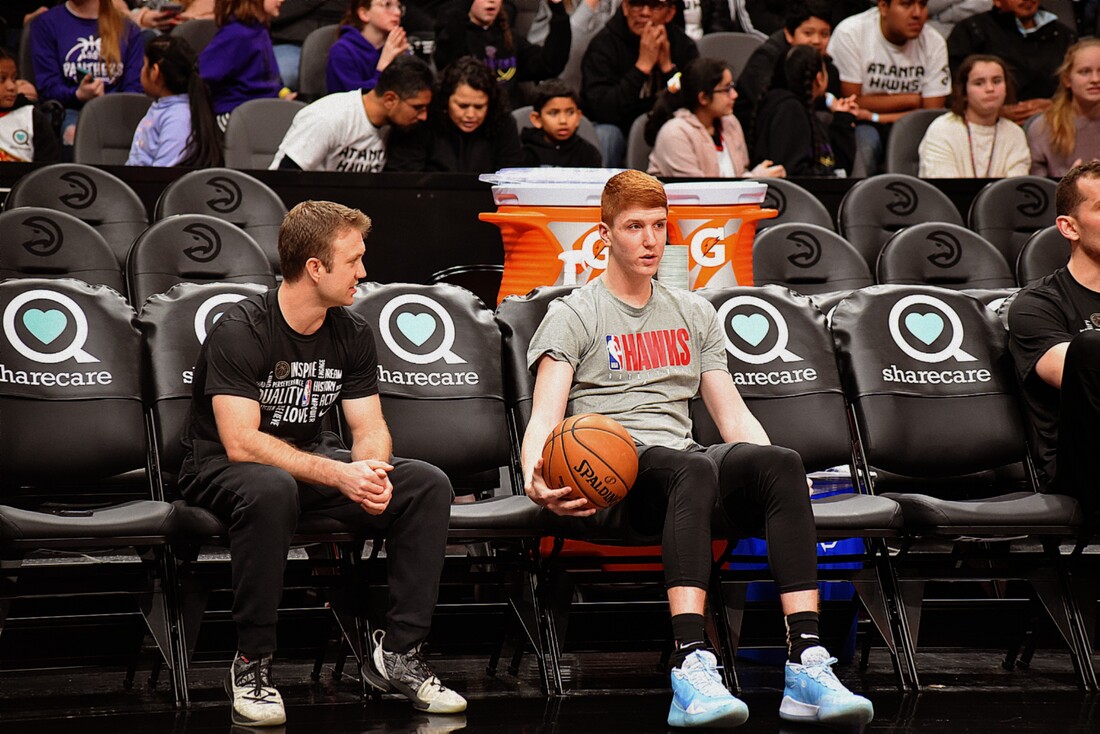