An Unexpected Season For DeAndre' Bembry 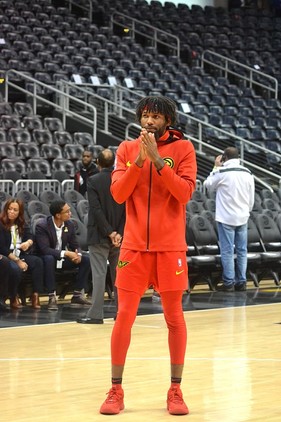 25 games, 432 minutes. With one game left in the season, Atlanta Hawks guard DeAndre' Bembry has experienced a sophomore year he would have never predicted. Following an outstanding showing at Summer League where he averaged 26 minutes, 17 points on 57% shooting, 4.5 rpg, 3.3 apg and 2.8 apg, DeAndre' was eager to get this season started, where he figured he'd have more opportunities due to the moves Atlanta made in the offseason. "I really didn't get to play last year as a rookie. So I think this year was the year that it was expected for the young guys to go out there and play. Just could've been me getting more reps up, more shots up. Just getting better and getting used to the NBA game. But certain things happen, just gotta deal with it."

Training camp arrived, DeAndre' sat due to his first injury of a strained right tricep. He played in three preseason games. The regular season started in Dallas and then he suffered his second injury. "And then my first game back, FIRST game back, I fell on my wrist and fractured a bone in my wrist. So I had to have surgery with that. That was very annoying, of course, because I was fresh off injury."

While experiencing injury after injury was admittedly a little annoying, DeAndre' approached them with an optimistic mindset especially since he knew the procedure with how to deal with being injured. "Each one was pretty much the same for me. I've been through the process once so it feels like I was right back at it."

The ultimate goal was to get back on the court. So much so that DeAndre' kept trying to play through his groin injury because he had already been dealing with the previous injuries and missed so many games. "So I was just trying to be out there. Just trying to force myself to play. That didn't turn out well. Went on like three weeks trying to play with that groin injury which made it worse."

He had no special ways to deal with recuperating besides being in the gym. Practicing and exercising can't compare to in-game action but they kept DeAndre's body prepared for his return. "I'm normally good with staying in shape. I felt good enough [playing in the return]."

This season has been one of preparation for the Hawks. They're a team full of promise and youth while looking to build on that foundation. That being said, they're also missing the playoffs for the first time in 10 seasons. Nobody wants to be injured and DeAndre' would have much rather spent his second year honing and displaying his skills but it would have been more annoying to miss playing in the playoffs. "I definitely would have been a little bit more mad if we were in the playoffs and I was hurt. But I try to deal with it."

Excited and ready to play, DeAndre' will not hesitate to make the most of his time on the court, "I'm feeling really good...I feel confident. I feel healthy. That's the biggest thing. I feel healthy." 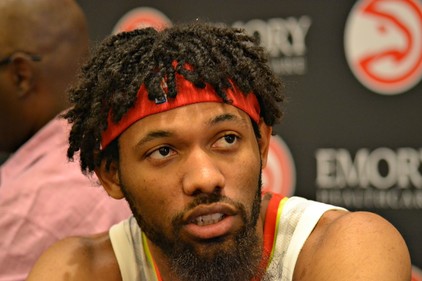