The Story of Isaiah Taylor 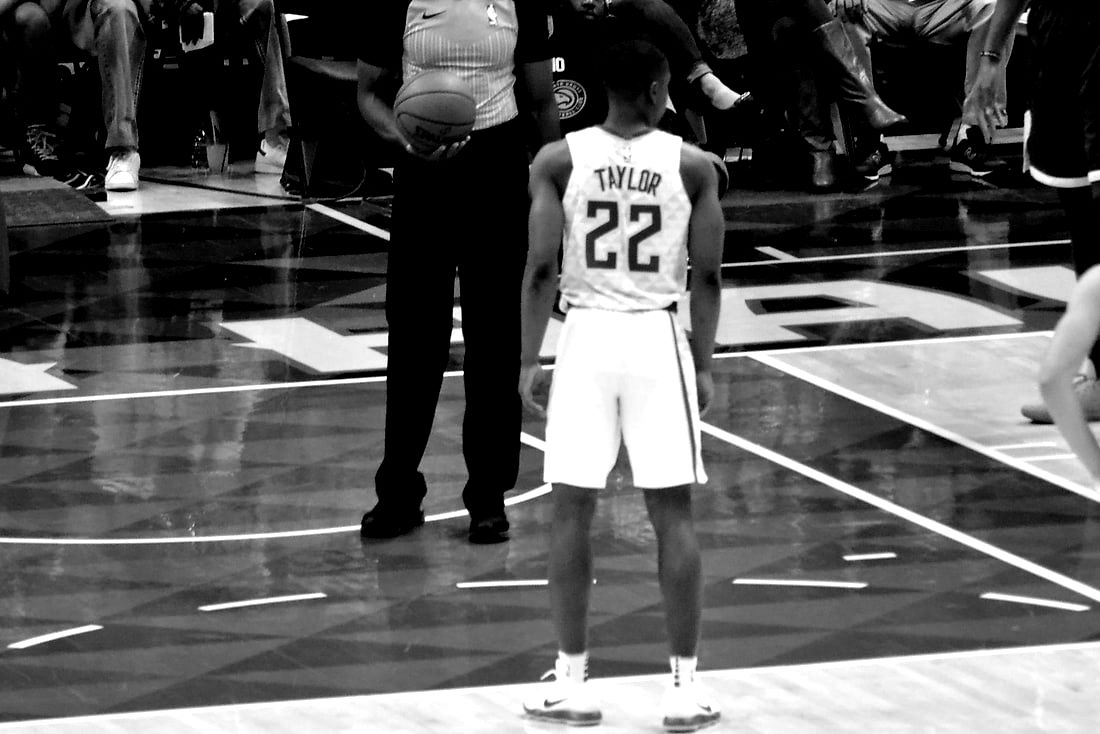 Everyone has a story, and the story of the Atlanta Hawks’ newest guard, Isaiah Taylor, is one of persistence and perseverance. After the Houston Rockets and the 23-year-old California native parted ways earlier this year, the Atlanta Hawks signed Taylor to a deal. “I got the call from Atlanta. The coaching staff, front office told me that they been trying to get me here for a while. So, just feeling the love from them, the coaching staff, and the players here, I’m looking at getting a new start.”

Taylor is indeed getting to start anew with the team. He played over ten minutes in three of the last four Hawks’ contests, making significant plays in the most recent loss to the Milwaukee Bucks. From a young boy whose first love in sports was baseball to a young man called up to join an NBA team, Taylor foresaw his position as a professional basketball player early on. He started playing basketball around the second grade but fell in love with the sport around the sixth or seventh grade, after his baseball team was disbanded. Not soon after, Taylor knew that he would be a pro, “I just set my mind to it. With all of the distractions that everybody else I grew up with in the Bay Area had, basketball was just that important to me.”

The journey to the League was far from obstacle-free as Taylor was labeled a two-star prospect during the university recruitment process. He recalled how University of Texas’ then head coach, Rob Lanier, made it to one of his games. From then on, Taylor entrusted Lanier and, regardless of knowing nothing of the Longhorns, nor Austin, nor the University’s colors, chose UT over San José State and Northeastern. He wasn’t the only one in the dark, as few were familiar with Taylor’s game upon arrival, “Nobody knew what I could do when I got there.” He was able to grow and improve his game while in school.

After his impressive three years at UT, Taylor declared for the draft following the First-Team All-Big 12 nod for a year of averaging 15.0 points, 5.0 assists, and 2.8 rebounds in 30.9 minutes. Going undrafted didn’t deter him, and Taylor joined the Rockets for the 2016 Summer League and then for the team’s preseason. The Rio Grande Valley Vipers signed him after the Rockets waived him and Taylor proved to be a standout for the D-League (now the G-League) squad as he averaged 21.1 points and 6.1 assists, even after missing three months due to injury. Taylor’s stint in the D-League  caught the eye of the Rockets who once again signed the guard but waived him due to such depth at the point guard position.

Taylor never allowed his circumstances to derail him from his ultimate goal of playing in the NBA. He worked on his perimeter shooting while with the Vipers, “Down in Rio Grande Valley, we had good people. Nick Friedman, Cody Toppert, Matt (Brase), JB (Joseph Blair). I think we had a great coaching staff down there.” Taylor credited his work with the coaching staff for his shooting increase of .263 3FG% his junior year at UT to .457 3FG% with the Vipers.
Viewing his role with the Hawks, Taylor looks to be an asset to the team. “Just learning how to gel with these players. Just watching the games, seeing what everybody does, putting them in a position just to be successful.”