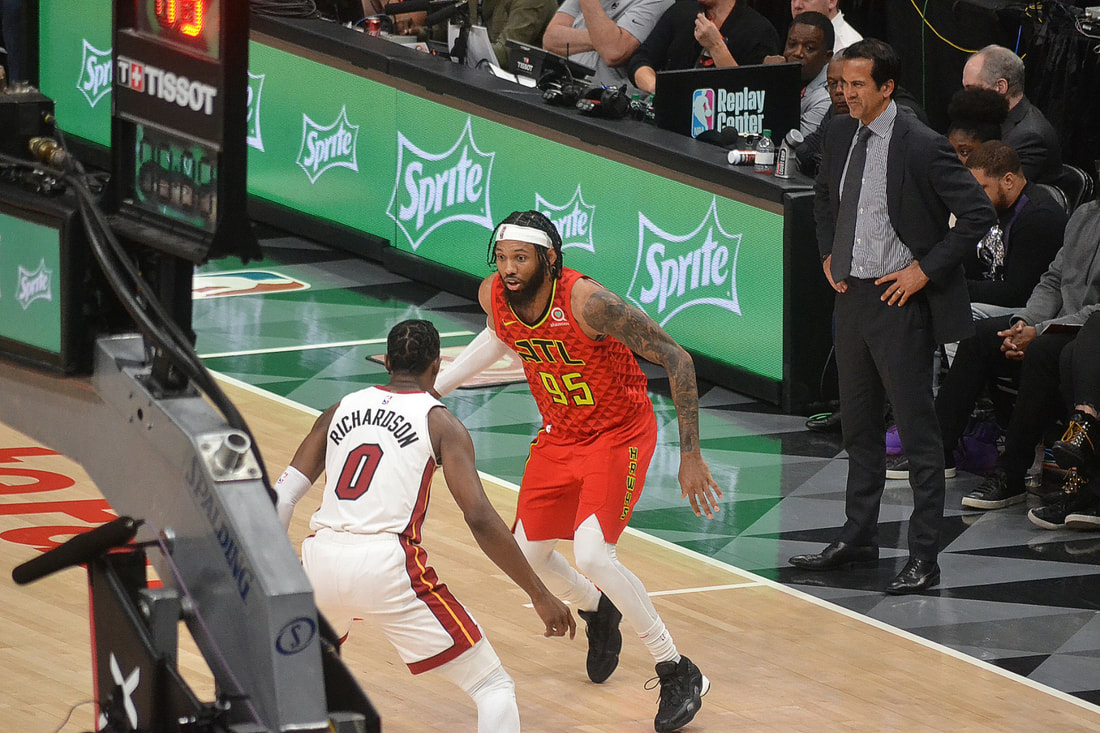 The Hawks' record currently sits at 12-28 and to the unknowing eye, one might assume that they are not playing well because they have lost so many contests. That assumption would be false. The Hawks have won five of their last ten games, and of those five losses, only two of them were by a margin of more than ten points. That margin attests to the fight-till-the-end mentality Atlanta puts on display almost every game.

Head Coach Lloyd Pierce has had to piece together lineups like a programmer, having a small sample size to truly evaluate how certain players work together. The injury bug still plagues Atlanta as they've had as many as seven players on their updated injury list. Taurean Prince has b dealing with the ankle sprain and then Kent Bazemore went down. Coach Pierce inserted Kevin Huerter into the starting lineup with the absence of Taurean and then Daniel Hamilton saw minutes when Kent was injured. Then they lost Kevin and had to put DeAndre' Bembry in. Out of the top five lineups, as far as scoring is concerned, there is one common thread...Kevin Huerter. Kevin is a seemingly quiet but pivotal piece in the Hawks' production. Much of his impact is not simply seen in the box score and, although many think of him primarily as a scorer, he considers an underrated aspect of his game to be his passing ability. He and John Collins share the fifth place on the team for assists per game with 2.4. Coach Pierce recognizes Kevin as one of the ball handlers he likes to have on the court with Jeremy Lin or Trae Young.

DeAndre' Bembry got the call on January 6, 2019 (not an actual call but he found out). He was inserted into the starting lineup and the Hawks saw an almost immediate difference in the energy to begin the games. The most notable game was the win over Miami. DeAndre' scored 17 points on 7/11 shooting and finished +26. Even though it resulted in a loss, he had a decent showing in the Toronto game, finishing with 11 points, six rebounds, five assists and five steals.

It is reiterated repeatedly by players and coaches throughout but the Hawks are truly living the "next man up" lifestyle. 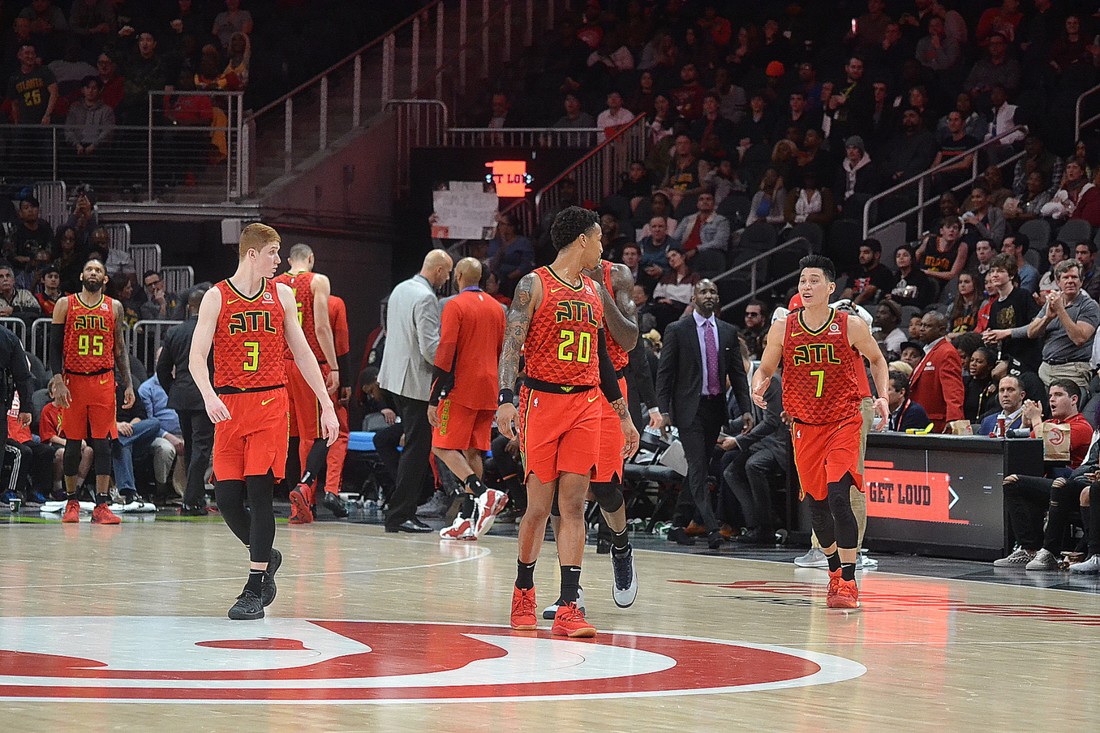 During the last update, the Hawks were just embarking on their journey as a healthy team and then the injury bug struck again. Hawks went 3-7 in their last 10-game stretch, losing Taurean Prince in their home contest against the Golden State Warriors when he experienced a left ankle sprain after landing on Shaun Livingston. Hawks then lost Omari Spellman to right hip soreness. Just a game following that, they lost Jeremy Lin who felt back tightness during the Wizards contest and had to exit early in the game. Lucky for both Jeremy and Atlanta, he only missed two games.

Despite the adversity, the Hawks have shown grit in various quarters of their games, with Coach Pierce piecing together lineups like a jigsaw puzzle. The same issue that plagued them before, slow starts to both first and third quarters, continued to be their Achilles' heel. In their most recent win over the Washington Wizards, their start to the game was major. They went on a 12-0 run. While the Wizards made a run late in the game, the Hawks regained momentum behind Jeremy Lin, whose polarizing play has been noted, especially in the second half of contests.

Jeremy Lin has made his impact off the bench, averaging 10.8 points. Hawks outscored the Wizards 36-28 to end the game, with Jeremy scoring 12 points to give them a final push. His optimism and leadership on and off the court are exemplified in how he plays and how he treats and views the game of basketball.

Since John Collins' return, he is averaging 18.6 points and 9.5 rebounds in 24.1 minutes. He has eight double-doubles in 15 games. His production is up this season and his usage has increased. John's activity on the court shows the work that he has put in during the offseason. There are many variables to consider while analyzing this Hawks team. ​ 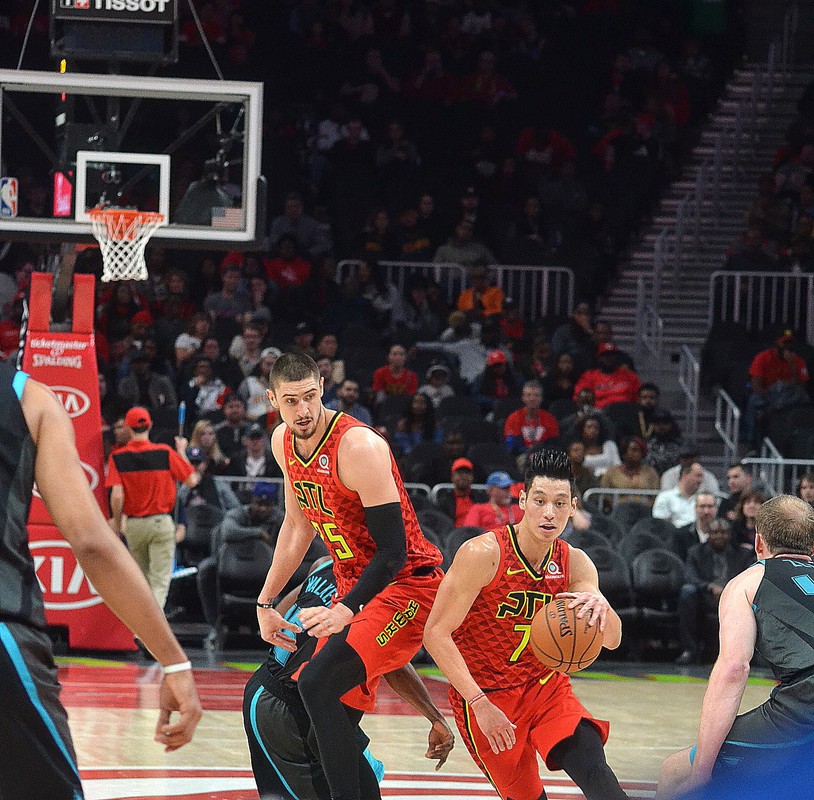 Patience is key. That is for both the Atlanta Hawks team as well as their fans. The team struggled losing nine of their last ten matches. The problems that plagued them continued to be slow starts to both the first quarter and third quarter as well as perimeter defense. The bright spot was the nail-biting win over the Charlotte Hornets, where Coach Lloyd Pierce decided to try something new with the starting lineup by bringing Kent Bazemore off the bench. It paid off with Kent hitting the game-winning shot.

Despite their 4-16 record, this team has fought through many of the losses. Their fourth quarter performances, especially from the bench, continue to be a battle with Jeremy Lin often leading the way. He's averaging a little over 11 points off the bench in close to 19 minutes while shooting 51%.

Rookie Kevin Huerter is a quiet bright spot, making notably key plays to help his squad. In the loss to the Toronto Raptors, where the Hawks were bent on getting Vince Carter to 25,000 career points, Kevin grabbed the offensive board to dish it to Vince for the monumental dunk. A quick glance at Kevin's stats don't show the little things he adds to the game, much like the swingman DeAndre' Bembry.

DeAndre' is taking full advantage of being healthy this season, bringing the aggressiveness every time he hits the floor. He's already averaging more minutes than last year's abbreviated season and Coach Pierce does not hesitate to sing his praises. After the win over the Hornets, he proclaimed that there was no need to see what DeAndre' finished with because his contribution came in forms that are immeasurable by statistics.

​These are the kinds of observations anyone who is watching this season's Hawks team must make, ones of growth and improvement. The team is just now healthy and Coach Pierce continues to play with various lineups as he decides what works (and what doesn't). This young team still has much to figure out and that is where the patience will come into play. 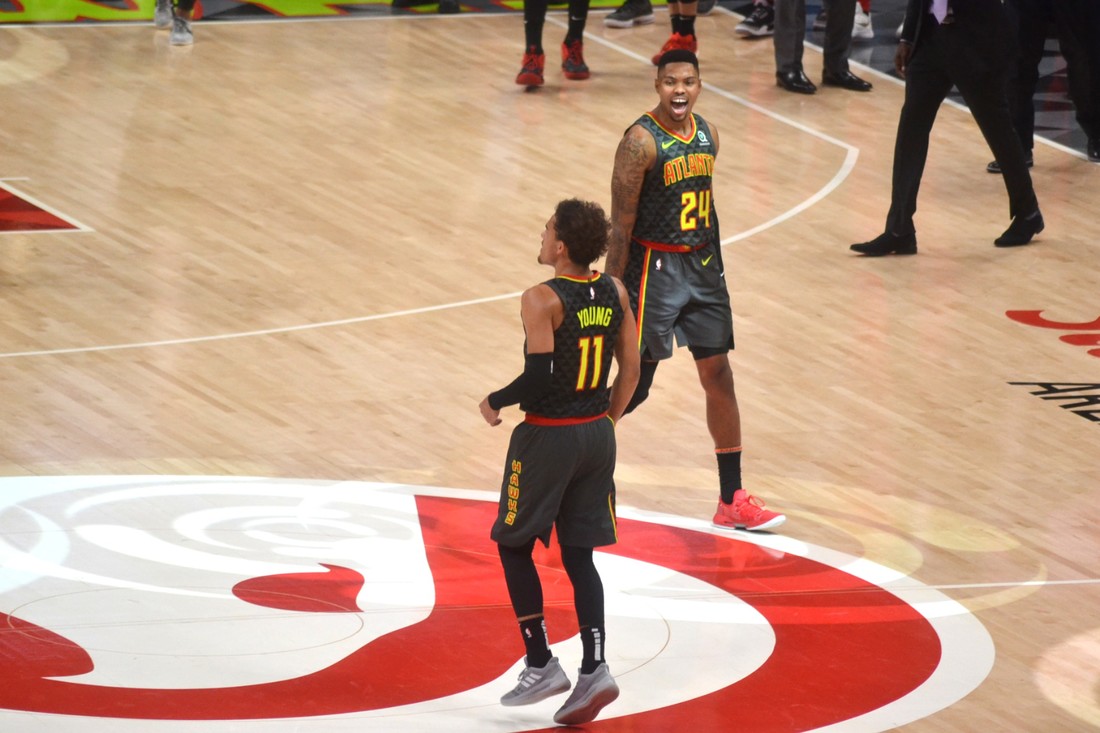 The Atlanta Hawks are 3-7 on the season so far, with their wins coming over the Cleveland Cavaliers, Dallas Mavericks and Miami Heat. The record may not show it but there have been bright spots to this rocky start. The rookies are able to gain invaluable experience, and Coach Lloyd Pierce even started all three against the Charlotte Hornets.
​
Trae Young is confident as the starting point guard, averaging 8.1 assists per game and shooting 43.6% from the field. Already known for his skillset for passing, Trae has been finding a balance between scoring and facilitating, a major component in leading a team. He currently has four double-doubles, with two coming in wins. Kevin Huerter saw limited minutes at the start of the season but averaged over 30 minutes in the last three, not including the Sacramento game, contests. His ability to set up his teammates is an underrated skill that many have started to take notice of in his increased playing time. Omari Spellman brings the energy any coach would appreciate in a big man. He doesn't shy away from chasing down a rebound and is certainly becoming no stranger to the three-point attempts.

This Hawks team has solid pieces that make the contests exciting. From the Jeremy Lin wraparound pass to the Alex Poythress putback dunk to the DeAndre' Bembry take and finish with the right hand or a Vince Carter one-handed jam, fans clamor over the highlights of the new and seasoned players.

With a new everything (new coach, new point guards, updated arena, etc.), it is expected that the team will experience struggles. What many fans want to see is growth and learning from those struggles. Hawks are currently number one in the league for total turnovers and turnovers per game, according to NBA.com. Third quarter woes continued against Charlotte as they were outscored 30-23. They have been outscored 174-108 in the third quarters of their losses.

The good news is that it's still early for Atlanta, very early. They started the season hit heavily by the injury bug with two of their bigs out and they are still without John Collins. John's contribution to the team cannot be overlooked, not only his defensive prowess but also his attitude on the court. The turnovers and questionable third quarters can be seen as a part of the growing pains of a young, newly constructed team.